The history of Russia is a very turbulent and bloody one. The First World War brought increasing discontent among the peasants and war-weary populace leading to the Russian Revolution in 1917. This was followed by the Bolsheviks seizing power and the formation of the Union of Soviet Socialists Republics (USSR) or the Soviet Union in 1922. But, what began as a diverse society and mixed economy in the 1920s soon became constrained and inflexible in Stalin’s time and descended into stagnation in the 1980s. The mid-1980s saw gradual dismantling of the Soviet Union following major reforms by Mikhail Gorbachev and finally its collapse in 1991. Here are some facts about the Soviet Union that you probably did not know about.

Following the Russian revolution, the schools lost proper governance. Years later, when the Commissariat for Education was formed, propaganda teaching increased and religious teachings were forbidden. Though by 1914, almost 91% of children were in school, during the Russian Civil War and War communism years there was a rapid decline in that percentage. On December 26, 1919, Lenin introduced compulsory education for children, a phase that lasted until 1939 and saw an increase in total literacy up to 75 percent.

2. There is a propaganda tactic known as “whataboutism” used in the Soviet Union to discredit the critics by responding with “What about…” followed by an event from the Western world.

One of the earliest uses of the tactic dates back to 1947 when William Averell Harriman, an American Democrat politician, criticized Soviet imperialism. In response, Ilya Ehrenburg, a Soviet revolutionary and journalist, wrote in Pravda that the laws and policies of US on race and minorities are considered an insult to human dignity in the Soviet Union.

The tactic was used throughout the Cold War period by media figures and also to accuse critics of hypocrisy to divert attention from the actual criticism. However, it also became a cliche in the Soviet Union, and by the end of Cold War it died out as the reforms in US civil rights began taking shape.

“Whataboutism” saw a resurgence during the post-Soviet Union era when issues of human rights violations by the Russian government arose. It is believed to have grown under the leadership of Vladimir Putin in Russian and also during the annexation of Crimea and Ukraine. (source)

3. Between 1929 and 1940, the Soviet Union introduced a five- and six-day work week calendar in a deliberate attempt to eliminate religion.

In 1918, Vladimir Lenin implemented the Gregorian calendar because of its worldwide acceptance, replacing the Julian calendar implemented by the Russian Orthodox Church in 1700 CE. In June 1929, the Supreme Economic Council of RSFSR had its experts design a plan for continuous production to be introduced in the economic year 1929-1930. There were reportedly over 50 versions of the calendar, and the one with the longest work week had 37 days with 30 days of continuous work followed by seven days of rest.

Needless to say, the continuous-work-weeks plan failed as the machinery kept failing because there was no time for maintenance. By 1931, the Soviet factories began using six-day weeks with one common day of rest. The usual Christian holidays were replaced by five national holidays. On June 26, 1940, a decree was passed again reintroducing the traditional seven-day week with Sundays as the common holiday. (source)

4. Two-thirds of males born in the Soviet Union in 1923 did not survive World War II.

The number of males born in 1923 in the Soviet Union was 3.4 million. Over 1.6 million of these males died as infants and children and also due to famine, disease, and other such causes, leaving 1.8 million males at the beginning of the Second World War. Wartime mortality was 700,000 which left 1.1 million surviving males in 1946, that is a 68%t mortality rate in total. (source)

5. It was the Soviet’s Red Army that liberated the concentration camp at Auschwitz and also captured Hitler’s headquarters, the Wolf’s Lair, on the day the world celebrates as the International Holocaust Remembrance Day: January 27, 1945.

By mid-1944, the SS soldiers began to move over half of the 130,000 prisoners at Auschwitz to other concentration camps. By the week before its liberation, they destroyed various buildings including the crematoria and warehouses at the camp along with written records. The fires lasted several days.

When the 322nd Rifle Division of Red Army liberated Auschwitz camp, they found 7,500 prisoners alive and more than 600 dead. Two days earlier, Hitler’s first Eastern Front military headquarters, the Wolf’s Lair, was blown up and abandoned because of the Red Army’s rapid advance during the Baltic Offensive.

The news of the camp’s liberation was pretty much subdued as, according to historian Laurence Rees, it could have been overshadowed by the news about Majdanek concentration camp or the Allied summit at Yalta. Another reason is believed to be because of the Soviet’s desire to minimize attention directed at the Jews for propaganda purposes. (1, 2)

6. During the Cold War, the USSR mapped the whole world to such precise detail that the US still uses them, among other sources, due to their accuracy.

While the US and British military and intelligence agencies focused on specific areas of strategic interest when making their maps, the Soviets undertook a massive cartographic project creating maps with extreme detail. The Soviet maps of US have cities mapped to great detail and also include great details about military buildings that were not shown on US-made maps from the same time.

The maps of US have notes on construction materials, the load-bearing capacity of various bridges, types of buildings in a particular area, whether streets have trees or not, and even the width and conditions of the roads. According to John Davies, a British map enthusiast who spent decades studying Soviet maps and published The Red Atlas along with geographer Alexander Kent, the Soviets believed communism would win and the maps would help them take over the world.

Apart from the maps of US, the Soviets also made maps of other countries like Afghanistan, which included the times during a year when the mountain passes are free of snow, and China, which had details on local vegetation as well as the safety of drinking water in wells. These maps were prized secrets of the Soviets and anyone who smuggles them are punished even now.

In 2012, a retired Russian Defense Military official was sentenced to 12 years of prison for selling 7,000 maps which are believed to have ended up in the Pentagon. According to the television network Russia-24, the maps helped the US invade Iraq in 2003 and support the former Soviet republic of Georgia during the war with Russia. (1, 2)

The borehole fascinated scientists and was the site of geophysical research for many years. The hole penetrated a third of the Baltic Shield continental crust and reached the Archaean rocks at the bottom. Scientists also found that the granite doesn’t transition into basalt, which they thought was the reason for discontinuity of seismic waves, at the depth of seven kilometers. They also found that the rock was thoroughly fractured at that depth and held a lot of water. Another surprising discovery was the large amount of hydrogen gas.

For 20 years, Kola Superdeep Borehole held the record for the longest and deepest borehole. Though its record for length was broken long ago, it remains the deepest artificial point on Earth to this day. (source)

8. The Soviet Union had an internationally televised song contest. As few viewers had phones, they would turn their lights on if they liked a song and off if they didn’t. The power spikes were recorded by the state energy company and the reports sent to the station to pick the winner.

The contest started as the Sopot International Song Festival, the Eastern Bloc equivalent of Eurovision Song Contest, in 1961 by Wladyslaw Szpilman, a Polish pianist and composer of Jewish descent on whose life Roman Polanski’s film The Pianist was based. It was replaced by Intervision Song Contest between 1977 and 1980, though it was still held in Sopot, Poland. The participants in the contest included both Post-Soviet states and the Shanghai Cooperation Organization members.

The electricity-based voting system was used during the contests because viewers from the participating Soviet nations did not have private telephones. The popularity of the contest decreased in the 1980s following the rise of the independent trade union movement Solidarity and was discontinued after the fall of Soviet Union. Vladimir Putin attempted to revive the contest in 2014 as part of his ” broader cultural diplomacy agenda,” but it never again saw the light of day. (1, 2)

9. The Soviet Union lasted long enough to have its own country code domain “.su” on the Internet, which it received a mere 15 months before its dissolution.

The first country code Top-Level Domains to be registered were .us (United States), .uk (United Kingdom), and .il (Israel) in 1985, and several other countries followed suit next year. After 1989, .cs (Czechoslovakia), .yu (Yugoslavia), and .dd (East Germany) were registered along with .su (Soviet Union). The domain was supposed to be .ussr, but Petri Ojala, a 19-year-old Finnish student, proposed the two-lettered alternative.

Following the dissolution of Soviet Union on December 26, 1991, Russia continued to use .su until 1993 when the domain .ru was created to eventually replace .su. The Internet Corporation for Assigned Names and Numbers (ICANN) meant to withdraw the domain but retained it considering its popularity among the Internet users and the Russian government. (source)

10. The Soviet Union was the first to send a human into space as part of the Vostok Program featuring cosmonaut Yuri Gagarin. They were also the first to launch a space station.

The development of human spaceflight capability began during the Cold War when the USSR built the first intercontinental ballistic missile rockets for delivering nuclear weapons. While the US was working on Project Mercury to send humans into orbit following the first satellite launches in 1957 and 1958, the USSR was secretly working on the Vostok Program.

On April 12, 1961, the USSR launched Yuri Gagarin in Vostok 1 on a Vostok 3KA rocket and the US sent Alan Shepard on May 5, 1961, in Freedom 7 on a Mercury-Redstone rocket. The USSR is also the first to send a woman, cosmonaut Valentina Tereshkova, into space on June 16, 1963, along with four other cosmonauts aboard Vostok 6.

As the space race continued, and the US next sent Neil Armstrong and Buzz Aldrin to the moon on July 20, 1969, the Soviets changed their goals from manned spaceflights to orbiting space stations. Their first space station, Salyut 1, was meant to be launched on the 10th anniversary of Gagarin’s flight, but due to technical difficulties, it was launched on April 19, 1971, while its US counterpart, Skylab, was launched on May 14, 1973. (1, 2)

11. On a lighter note, Mikhail Gorbachev, the last leader of the Soviet Union, starred in a 60-second Pizza Hut commercial in 1997.

Gorbachev introduced policies of glasnost (“openness”) and perestroika (“restructuring”), and also reoriented the strategic aims of the Soviet Union contributing to the end of the Cold War and the dissolution of the Soviet Union. In 1989, he was awarded the Otto Hahn Peace Medal for “his contributions to nuclear disarmament” and the Nobel Peace Prize in 1990 for “his leading role in the peace process.”

After his resignation following the dissolution of the Soviet Union, Gorbachev did numerous acting jobs while running for the presidency or forming new parties. In 1993, he appeared as himself in the film Faraway, So Close!, the sequel to Wings of Desire. He appeared in an internationally screened Pizza Hut commercial along with his granddaughter, and the payment went to went to his non-profit organization the Gorbachev Foundation. He was also photographed by Annie Leibovitz for a Louis Vuitton ad campaign. He also sang an album of old Russian romantic ballads titled Songs for Raisa, dedicated to his wife. (source) 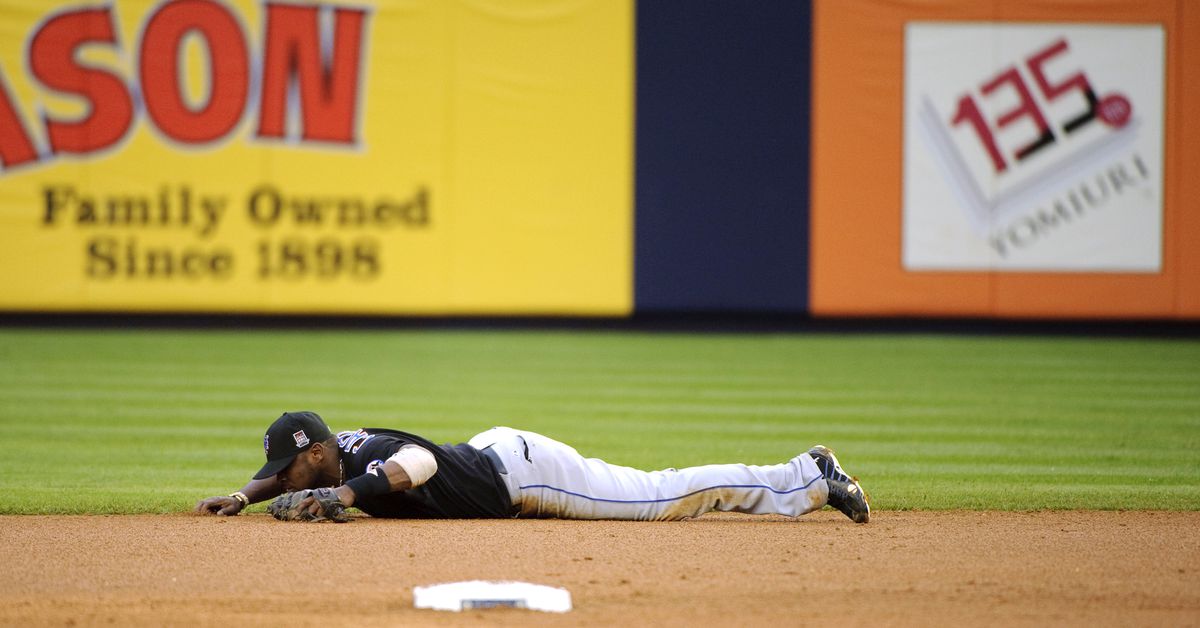 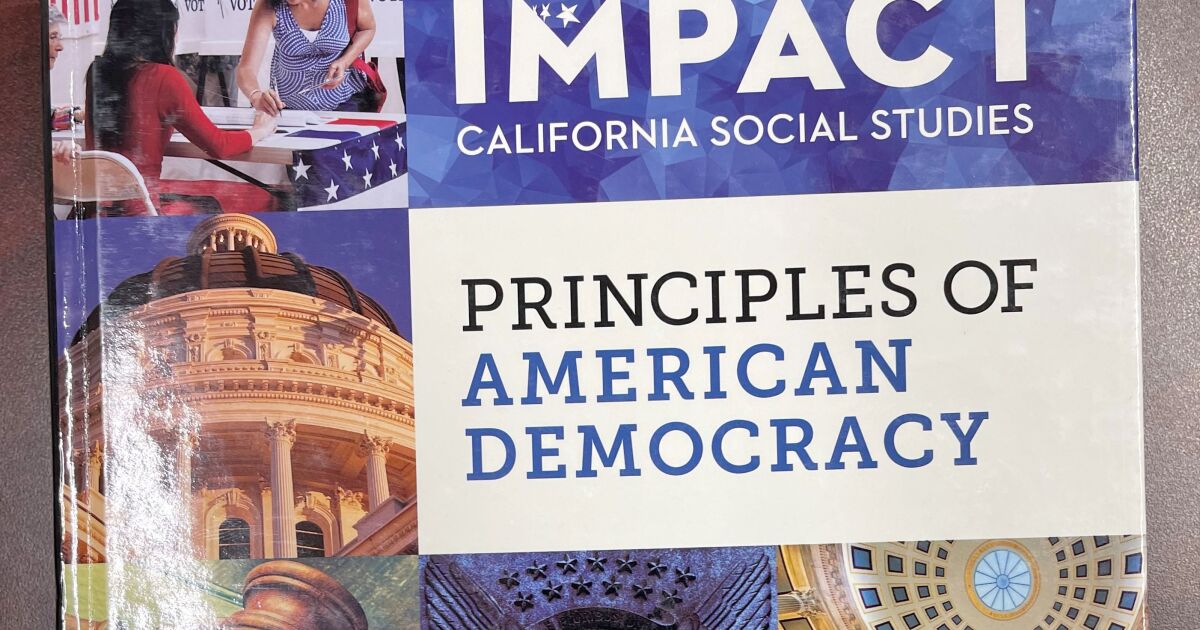