We all like to look our best, which is why, during the tough times and the good times, the beauty industry has always been a profitable business. Moreover, our desire to look good means that we often turn a blind eye to what we put on our bodies, how the products we use are made, or whether they are entirely safe. As long as they (look like they) do the job, we’re generally satisfied. However, questions are being asked now more than ever. Questions like: Can moisturizers really prevent the signs of aging? Who, if any, checks that these products are not toxic? And what’s in all this stuff anyway? Here we’ll answer those questions and more as we look at 12 surprising facts about the beauty industry.

1 The roots of the industry go back to ancient Egypt.

The history of cosmetic use goes back thousands of years. And although the cosmetics industry as we know it today began in the early 20th century, its practices can be traced back to ancient Egypt. In fact, there is a good reason why ancient emperors and empresses like Cleopatra became symbols of luxury and glamour.

Appearances and cleanliness were serious business as far as the ancient Egyptians were concerned, and daily regimens served ceremonial, symbolic, and health-based functions. Men and women of all social classes used cosmetics and make-up such as eyeliner, eye shadow, sunscreen, toothpaste, lipstick, and ointments. Trained professionals have manufactured these products and built their reputation using the highest quality production methods and the best natural ingredients. On top of that, the Egyptian understanding of the science behind skincare proved incredibly advanced, and there were also manicurists and wig makers.

2 An average woman puts hundreds of chemicals on her body every day.

According to the Environmental Working Group (EWG), women use about a dozen products containing about 168 ingredients on their bodies every day. Meanwhile, research from Bionsen, a natural deodorant company, puts that number much higher, at about 512 synthetic chemicals per day. Not surprisingly, men use a lot fewer but still manage to cake themselves in about 85 or more chemicals per day. Meanwhile, teens are likely to expose themselves to more than that because they use about 17 products every day.

While many of these chemicals are harmless, others are problematic. According to information from Skin Deep, 89% of a product’s ingredients have not been evaluated for safety. Moreover, one out of every hundred personal care products on the market contains known or potential carcinogens. Teenagers may be at particular risk due to the presence of hormone-modifying substances. In fact, another EWG studytested the blood and urine of 20 teens and found that they had absorbed 16 hormone-modifying chemicals, including parabens and phthalates.

3 The industry is worth more than you think.

One of the most incredible facts about the beauty industry is how big it is. In fact, it is now worth around $500 billion. Moreover, it shows no signs of slowing down, with estimates suggesting it will be worth more than $700 billion by the middle of the decade. This mainly contributes to increasing purchasing power in developing countries.

The industry is going through some dramatic changes. Not surprisingly, the advent of e-commerce has changed many of our shopping habits. There is also a major shift in the way the younger generations spend their money. The result is a greater emphasis on eco-friendly and natural products over their mass-produced counterparts. Male beauty is also on the rise but it is still only 1% of the industry.

4 Many of the claims made by anti-aging products are questionable.

According to dermatologists, sunscreen is the best product to keep your skin looking young. This is because sun damage can increase or accelerate the signs of aging. Retinol and retinoids, which essentially act as skin exfoliants, can be effective when it comes to already damaged skin. Beyond that, the claims start to get sketchy. And if you’re not careful, you could end up gambling with your skin, which can cause more harm than good.

5 Fish scales are a key ingredient in many lipstick brands.

Here’s one fact about the beauty industry you probably would rather not know. In fact, if you’re vegan, vegetarian, or just don’t like the idea of ​​having ground fish around your mouth, you might want to double check your lipstick. However, don’t expect to see “fish scales” listed anywhere. Instead, the ingredient you’re looking for is “guanine,” a substance made by layering fish scales on top of each other. But, of course, guanine isn’t just used in lipstick either. It is also used in many other makeup products and certain types of jewelry to provide a “shiny” effect.

It’s easy to assume that the products you find on store shelves are perfectly safe to use, but the presence of toxic ingredients in cosmetic and personal care products is surprisingly widespread and often misunderstood. A 2018 studyby the Danish Environmental Protection Agency found high levels of potentially dangerous PFA in nearly a third of the products tested. In 2019, an industrial chemist researching gel nail polish found dangerous ingredients like formaldehyde, benzene, toluene, and methyl methacrylate. All ingredients not disclosed on the packaging.

The problem is exacerbated in the United States by particularly lenient legislation. For example, companies in the United States are not yet legally required to test their products. Furthermore, there is little the FDA can do regarding consumer harms. Also, while the European Union has banned more than 1,300 chemicals used in cosmetics, the United States has only banned 11. Another problem is that some brands advertise their formulations as “trade secrets,” which means they don’t have to disclose the ingredients to customers, manufacturers, or regulators.

One of the most unfortunate facts about the beauty industry is that animal testing and cruelty still reign supreme. And you can’t always assume that just because a product reads “cruelty-free” or “not tested on animals,” that it is, in fact, the case. At present, there is no legal definition of these terms. Therefore, companies can effectively lie to you if they choose. And even if a company doesn’t test its final product on animals, it’s not easy to tell if the same is true of the individual ingredients used.

In some parts of the world, governments have banned companies from testing on animals. But even then, it’s not always a sure thing. For example, studies conducted in the European Union found that hundreds of cosmetic products, including moisturizers, lipsticks, and sunscreens, contain ingredients that have been tested on animals. All despite the 2009 ban.

Statistics show that consumer demand for sustainable and natural ingredients in cosmetics is increasing. But many cosmetics may not be as “natural” as you think. Unlike “organic foods,” cosmetics do not have to be independently certified. The problem can be traced back to the lack of strong legislation, which means brands don’t have to be completely honest about their claims.

In 2017, a soil association investigation into greenwashing found that several brands were, in fact, misleading in their packaging. As it turns out, many of the so-called “organic” products they tested contained only one organic ingredient. And in some cases, this single ingredient accounts for less than 1% of the ingredients used.

Plastic surgery may be growing in popularity, but it’s not cheap. For example, in the United States, liposuction will cost you, on average, about $5,000. As a result, many people are turning to cheaper surgical options abroad. This has led to the emergence of “plastic surgery tourism” in countries such as the Dominican Republic and Turkey. For some, looking abroad proves cheap and effective. But for others, the results are often horrific.

The results of cheap plastic surgery are often horrific. Over the years, patients have been left with open wounds, infections, and disfigured faces, among other injuries. In some cases, botched surgeries have proven fatal or worse. For example, in 2020, a teacher at a British school entered a vegetative state after undergoing rhinoplasty in Turkey. Another problem is that because these surgeries come as part of package deals and involve signing waivers, filing claims against suspected malpractice is very difficult.

There is no denying that the beauty industry has spent millions in marketing and advertising over the years to convince people that they need to transform the way their bodies look. Nowhere is this more evident than when we look at the topic of body hair. Or to be more precise, women’s body hair and how the commercials changed society’s attitude towards it to sell more razors.

The first advertisement targeting women’s hair removal appeared in 1915 and called for the “necessity…to remove objectionable hair”. A tirade of similar ads followed, many of which would likely be considered misogynistic by the standards of the day. This included a 1922 advertisement that declared, “A sensitive woman must have clean underarms if she wants to be embarrassed.”

11 Some products are not safe for pregnancy.

Pregnancy is a complicated and confusing enough time as it is. But one thing many expectant mothers don’t realize is that many everyday beauty products pose a potential risk to themselves and their unborn baby. For example, many deodorants contain aluminum chloride, an ingredient linked to bone damage, anemia, and lethargy. Also, vitamin A derivatives found in various cosmetics have been linked to growth issues.

In fact, it’s quite a minefield. Fortunately, the Food and Drug Administration maintains an updated list of potentially dangerous ingredients. Unfortunately, even this may not cover everything. For example, the U.S. Food and Drug Administration does not evaluate the use of essential oils, as many may cause long-term health problems. The same goes for formaldehyde, a chemical found in nail polish and other cosmetics, which many doctors advise against using due to its potential connection to miscarriage.

One of the most unfortunate facts about the beauty industry is its negative impact on our environment. Cosmetic packaging alone causes enormous harm. In fact, as Zero Waste Week reports, about 120 billion units of cosmetic packaging are created each year, most of which end up in landfills. Part of the problem is that much of this packaging puts glamor and imagination above practicality. Brands are doing their best to outpace their competitors which leads to the use of jumbled and unnecessary materials that are difficult to recycle.

Equally problematic are the products themselves. Many of them contain ingredients that are toxic to the environment. For example, oxybenzone, which is a standard product in sunscreen, is a major culprit in the destruction of coral reefs. Likewise, plastic microbeads in scrubs end up in bodies of water where they are eaten by fish, and eventually humans. Then there is the proliferation of unsustainable sourcing of ingredients. for example. The high demand for palm oil has led to the destruction of countless tracts of forests. 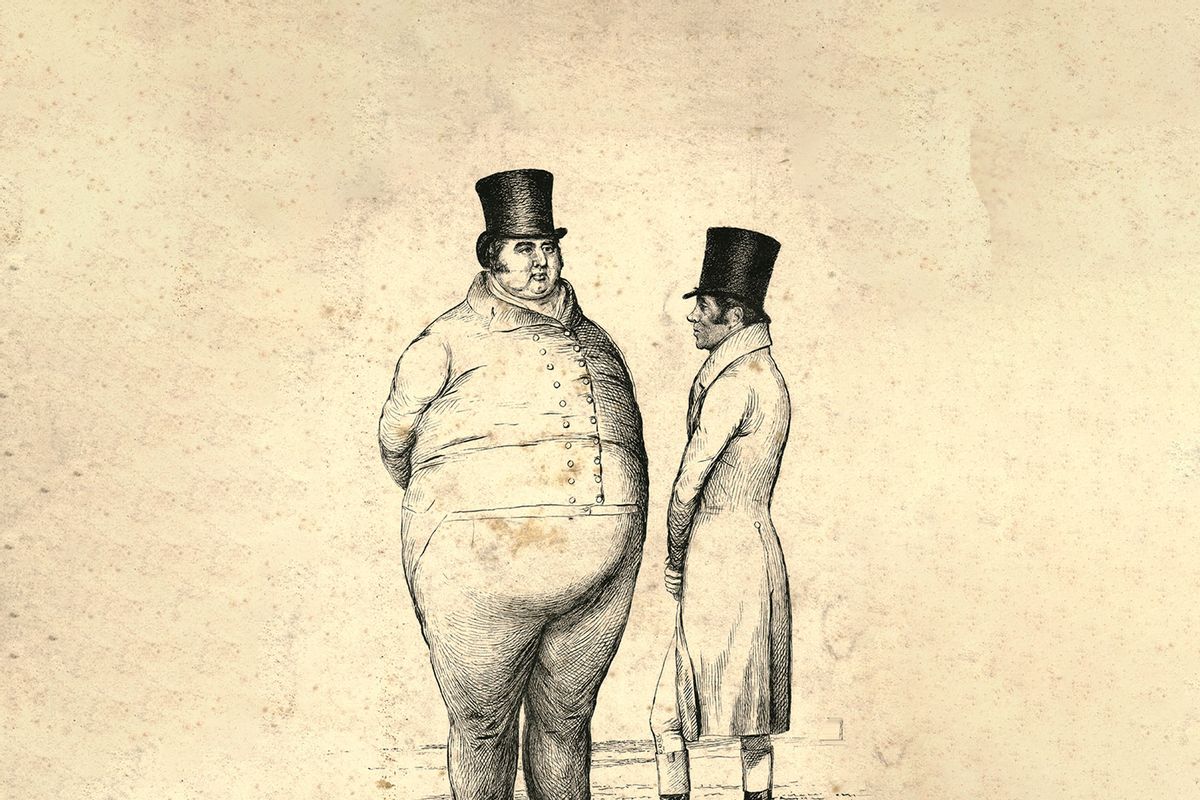