Kate Moss is the proud parent of one child, daughter Lila, 20, whom she welcomed with her ex-boyfriend Jefferson Hack on Sept. 29, 2002, in London. Though Kate and Hack split shortly after Lila’s birth, they’ve continued to co-parent together and remain friendly (Hack even attended Kate’s 2011 wedding to Jamie Hince).

“I felt like, now I’ve got a partner in crime, I’m never going to have to be on my own again,” Kate told British Vogue in 2007, when Lila was 4 years old.

Though Kate originally tried to dissuade her daughter from embarking on her own modeling career, she’s since come around to the idea — and become Lila’s biggest fan.

Kate was on hand (virtually) to support Lila’s runway debut in 2020, when the then-18-year-old opened Miu Miu’s show at Paris Fashion Week. The budding star has since landed campaigns with Fendi, Versace and Calvin Klein, and even appeared on the runway alongside her mom during Paris Fashion Week in 2021.

Here’s everything to know about Kate Moss’ daughter Lila.

She was born and raised in London

Kate welcomed her first and only child with her ex Hack on Sept. 29, 2002. The supermodel was 28 years old when she gave birth to Lila in London.

Though Kate described herself as a “workaholic” in 2008, she always prioritized her daughter, making sure she was home in time for Lila’s nightly routine, which Kate described as “the best part of the day.”

“I kiss her goodnight and she’s so adorable. I try to spend as much time as I can with her,” she said of a then-6-year-old Lila. “The worst bit is when I have to leave and she asks me: ‘Why do you have to go?’ It’s very hard on her when I travel, which is why I’m never away more than two days.”

While Lila was raised out of the spotlight in London, she made her modeling debut at the age of 13, appearing on the cover of Vogue Italia alongside Kate in 2016. (Lila later made a solo appearance on the magazine’s cover in 2020.)

Lila kicked off a modeling career of her own in 2018 as the newest face of Marc Jacobs Beauty, represented by her mom’s modeling agency, Kate Moss Agency.

Since then, she has since appeared in Miu Miu’s SS20 campaign before making her runway debut for the Italian fashion house in October 2020. Lila opened the brand’s spring/summer 2021 Paris Fashion Week show, which featured a socially distanced runway and virtual audience. She first walked the runway in a blue collared blouse, an oversized blazer and a black mini skirt adorned with rhinestones, and then a sparkly pink halter-neck top and an orange mini-skirt ensemble from the brand’s collection.

Kate later reflected on her experience watching her daughter on the catwalk. “I was really nervous for her,” she said in a video for British Vogue. “I was sitting around the kitchen table … Some girlfriends [were there] and we were waiting for the show to start on the link. When she came out we were like, ‘She’s doing it! She’s doing it!’ Yeah, I was really proud.”

Her mom originally didn’t want her to model

When Lila was just 6 years old, Kate told Now Magazine that she wanted to keep her daughter out of the spotlight. In a 2008 interview, the model said that her “dream is for my daughter to be happy” and wants her to “grow up like a normal girl, far from fame.”

In a 2022 interview with British Vogue, Lila said that her mom discouraged her from modeling from a young age. “She was always like, ‘If you wanna do it, you can, but I wouldn’t recommend it,’ ” she told the outlet.

However, Kate has since changed her tune, sharing that she fully supports “anything [Lila] wants to do” in modeling.

She and Kate walked the runway together

Kate and Lila’s resemblance was undeniable when they both took part in the Fendi couture show during 2021 Paris Fashion Week. Lila walked the runway first in a sheer, silver beaded caped gown, followed by Kate, who wore an elegant pewter gown with embellishments at the hem and dramatic drop earrings.

After the runway show, the mother-daughter duo modeled their looks inside a glass box while attendees looked on. The rest of the models (which included stars like Naomi Campbell, Bella Hadid and Cara Delevingne) posed individually in the glass boxes due to COVID-19 restrictions, but Kate and Lila were able to be together since they shared a household.

She’s following in her mom’s footsteps

Thirty years after Kate’s career-making Calvin Klein ad in 1992, Lila appeared in the brand’s Fall 2022 campaign. Photographed and directed by Alasdair McLellan, the campaign shows Lila posing in a black tank top and jeans that reveal the waistband of her CK logo undergarments. Her second look features a sheer black button-down layered over a bra styled with black jeans.

As noted in a statement, the images “nod to the stripped-back images the brand is known for, capturing each talent’s true confidence.”

She teaches her mom about makeup

Kate may have worked with the beauty industry’s top professionals for decades, but there’s still plenty to learn. In a 2018 interview with Harper’s Bazaar, Kate said that Lila has opened her eyes to new makeup techniques.

“She teaches me everything,” she told the outlet. “Lila and her friends follow all the beauty blogs and Instagram accounts, and she’ll be like, ‘Mum, you have to try this, it’s amazing what they can do now.’ She does all that contouring and stuff, which I’m sure they do to me when I’m at work, but I never pay any attention. I’m too busy talking.”

While Lila might be the resident beauty expert in the Moss household, she still takes a few cues from her mom when it comes to fashion. In a video for British Vogue, Kate revealed that she’s saved most of the clothes from her iconic wardrobe for her daughter — and that Lila has “already started dipping” into her closet.

“She has recently stolen my Azzedine Alaia skirt,” Kate said. “And it’s so cute.”

She has type 1 diabetes

In a 2020 interview with The Kit, the up-and-coming model opened up about living with type 1 diabetes, a chronic condition that requires insulin injections (either by needle or pump) to keep blood sugar levels within a healthy range.

“I think not many people know that I have diabetes,” Lila said. “It’s not visible from the outside, so no one would really know just by looking at you. I have type 1.”

While walking Fendi x Versace’s “Fendace” show during 2021’s Milan Fashion Week, Lila proudly showed off the insulin pump that she uses to manage her diabetes. The tubeless device, which was adhered to her left thigh, was in full view in her baroque-embroidered jacket and bodysuit. Fans quickly praised the model for destigmatizing the condition, with one commenting on Instagram: “Thank you for showing your pod!! Inspiring to many diabetics around the world 🌎.”

Lila also displayed her pump and a glucose monitor at the 2022 Met Gala and, shortly after, appeared in a campaign for Versace by Fendi with her glucose monitor visible on her arm.

She attended the 2022 Met Gala with her mom

Lila made her Met Gala debut in 2022 alongside her mom. The pair walked the red carpet together in matching Burberry ensembles, with Lila in a nude bodysuit with a sheer embellished overlay and Kate in an off-the-shoulder double-breasted gown with sheer tights and Jimmy Choo shoes.

She shares sweet tributes to her mom on social media

Lila celebrates her mom’s birthday in true Gen Z fashion — by posting Instagram tributes. In January 2021, she shouted out Kate’s big day by sharing a black-and-white throwback photo, writing in the caption, “Wishing you the happiest birthday ever, I love you so much.” 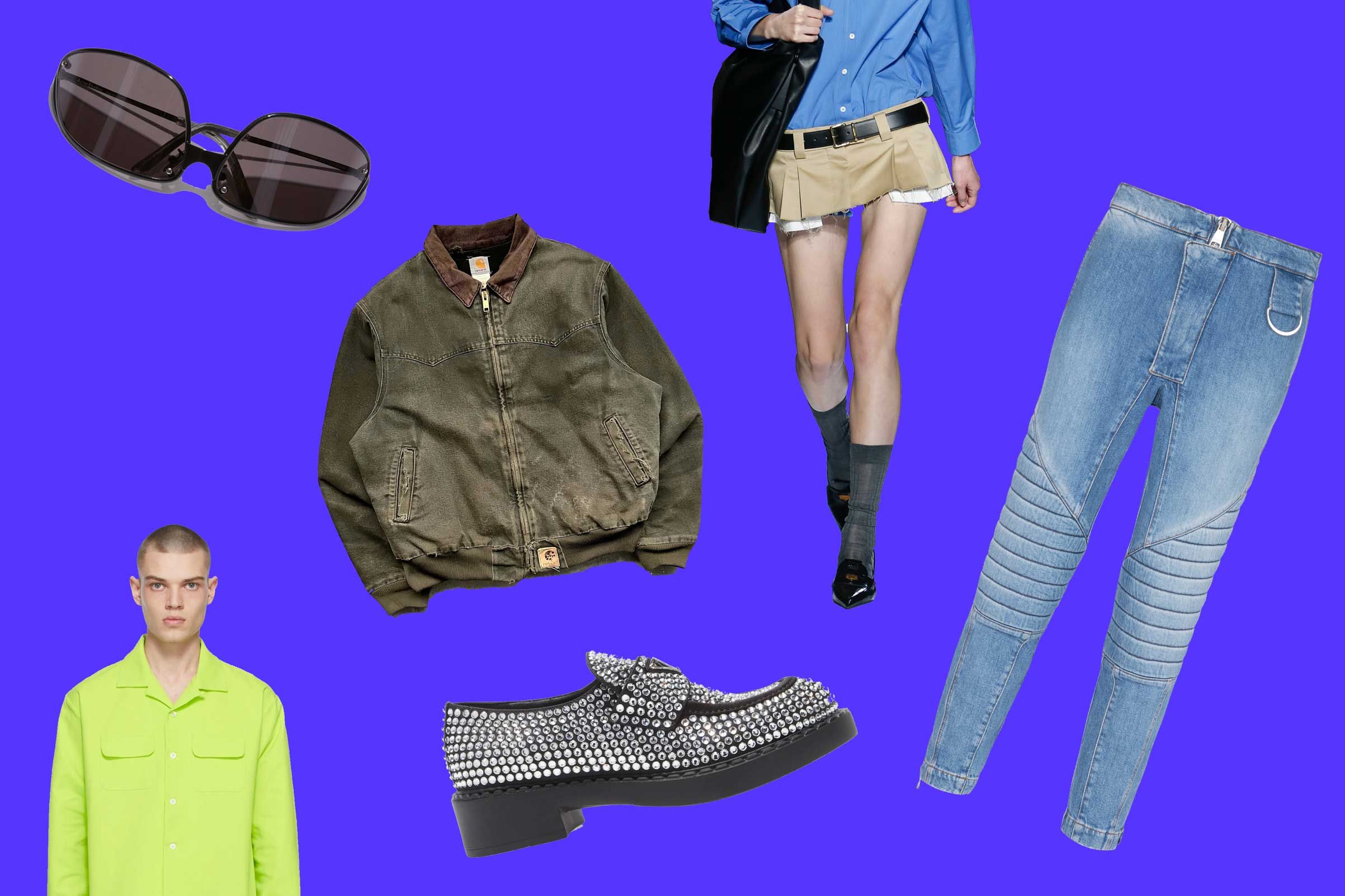 These Are the Fashion Trends We Wanna Leave in 2022

VICTORIA’S TRICK UNVEILS THE FIRST MODEL WITH DOWN DISORDER