An Illinois man has died after falling from a moving car while helping to run a canned food drive for his 12-year-old daughter’s Girl Scout squad.

Aaron Lamour, 45, was helping his daughter, Mia, to a food drive in Lenox, Illinois on Nov. 6 at her request when he fell out of the car, which was moving at about 5 mph, according to Patch. LaMore’s wife Erin tells Patch that she originally thought he faked the fall and was unharmed.

“I honestly thought he jumped out of the back of the car being ridiculous, because that’s something he’d do,” La Moore told Patch. “He was kind of lighthearted, likes to joke around, I really thought he was being silly.”

LaMore’s brother-in-law, Ryan Talaga told Patch that they “didn’t even make it home first” before LaMore “lost his footing” and “fell backwards out of the car onto the curb and hit his head on his back.”

Talaga’s wife Natalie started a GoFundMe to support the LaMore family which has raised more than $40,000 as of Saturday. On GoFundMe, Natalie Talaja writes that LaMore fractured his skull when he fell from the back of the family’s hatchback, but said he “exhausted his strength to pick himself up from the ground and walk into the ambulance” after emergency personnel arrived.

After the fall, Lamour was taken to Silver Cross Hospital for a CT scan, but his condition rapidly deteriorated and his doctors decided to transfer him to the University of Chicago Hospital. On November 11, Veterans Day, La Moore was taken off life support and succumbed to his injuries.

The University of Chicago Hospital held the March of Heroes in honor of LaMore, a celebratory event to recognize patients who die from organ donors. Talaga wrote on GoFundMe that LaMore, who was a veteran, would be a “champion and hero forever.”

Ryan told Talaga Patch that LaMore’s family made the quick decision to make him an organ donor before taking him off life support.

“We tried to turn a terrible situation into one that would give us a little sense of peace, and work with the gift of hope,” Talaga told Patch. The LaMore family is asking that memorial donations be sent to the Gift of Hope and Wounded Warrior Project in lieu of flowers. 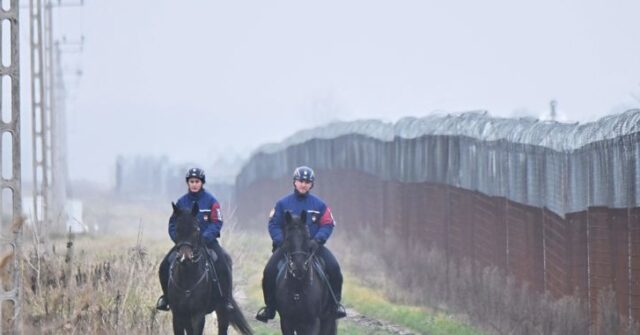 Across Europe Attitudes Towards Globalism, Open Borders are Hardening