The mom of two pauses to chat with Parents about pandemic parenting, game nights with friends, and what her kids taught her.

Some (like me) may remember Sarah Chalke from her stints as Second Becky on Roseanne and Dr. Elliot Reid on Scrubs, but others know her best as the self-deprecating news producer Kate Mularkey on the Netflix hit Firefly Lane, based on the book by Kristin Higgins and now in its second season. Chalke’s character frequently falls under the shadow of her TV star BFF Tully (played by Katherine Heigl), but over the course of the season, will learn some real lessons about who she is and who she really wants to be—something Chalke says most of us are still figuring out, too.

We caught up with the mom of two to chat about pandemic parenting, pratfalls, and shooting in her hometown of Vancouver, Canada.

The concept of motherhood is a major player on both seasons of Firefly Lane, but it really feels front and center this time around.

It plays a huge role. For Kate, it has throughout; it’s just kind of formed who she is. Because she has gone from pleasing everybody to realizing, “Oh, I can actually look at what I want in my life and do that.” And she realizes, “It’s actually not to do what Tully wants me to do. I want to be a mom. I don’t want to do this forever. This was my dream. I want to be a mom. And this is what I’m doing.” I love the fact that we got to explore the ’90s and having young Mara, and then also the fact that she wanted more kids but wasn’t able to.

And then there’s Tully’s relationship with her mother, Cloud, which is so beautifully written. And Beau Garrett does such an unbelievable job.

It’s woven through so seamlessly, it almost permeates the whole show, that concept of mothering—not just through parenthood, but through friendship. And of mothering yourself, in a way. It’s like they’re passing the ball back and forth. Who needs it? At what point?

That’s something we’ve been talking about a lot at Parents, the idea of building your village. I feel like the show captures a lot of that.

It’s so true. I have two kids, and you can’t make it through without your village. And that involves my family, my sisters, and my very amazing friends. Obviously, with everything that’s gone on over the past few years, you need that village even more. During the thick of the pandemic, for me it was a full house with the family—a lot of kids, and then we fostered some dogs. At that time, everybody was home and you had to figure it out. So we would just trade off, trying to think of different homeschooling activities that could span the ages of our children. My contribution was a pratfall class, I thought that was a very important skill for the kids to learn. So when you do a pratfall, it’s like you have to fall on camera without it looking like you anticipated where you were gonna fall. So let’s set up a stack of pillows in the living room and we had the kids doing rounds. Oh my God, my daughter was so into it. She would just go for it and then fall on the floor.

That sounds like fun! You shot the show in Vancouver, which is your hometown. What was that like? Especially to make it look like Vancouver in so many different decades.

That was so incredibly lucky for me, obviously, as a parent. I got to do a show I love in a city I love. Shooting in my hometown, I got to go home to my kids every night. That was a huge gift, especially given the timing. And it was fun. I haven’t gotten to shoot a show there in a couple of decades. It was fun to get to show everybody around. Everybody would come to my house on the weekend for game nights, the whole cast.

What kind of games do you guys play?

We did running charades. That was the big one. Basically, one person in the middle thinks of a ton of clues. And then there’s two teams who are far apart. They can’t hear each other. And then they’re in a race to get through all of the clues that are like movies and TV shows and books and it’s a very competitive group.

Did the kids like to play the games, too?

Oh, the kids love games. Game nights were actually very late into the night and turned into dance parties.

Did they get to visit the set?

Yes! My kids loved it. Frankie, my littlest, she loves dress up. So I was lucky enough to get to bring some of the ’80s clothes home at the end of the show. There was a bit of an ’80s fashion show last week where my nieces and their friends and my daughter were all decked in all Firefly ’80s items. It was really great. They got to come at the end and hang out by the monitor. They want to watch it but they’re not old enough yet.

Do Charlie and Frankie understand what you do? Or is it like, “Mama pretends for a living.”

Not at the beginning, definitely. But they do now. I had to build a sound booth because of the pandemic, when we continued recording Rick and Morty and a couple of other cartoons that I do. So they love it. They go in the recording booth and they record songs. I got to do a couple of little kids cartoons, so it’s fun to do something that they can watch.

You’ve had such a storied career at this point, with Scrubs and Second Becky from Roseanne. Is it interesting playing a parent?

Absolutely. And this character, I get to play her from her teens to when she’s much older, in her forties. And what a unique thing to get to play someone, like from the beginning, when she’s dreaming of being a mom. And it’s just sort of like something that is this idea in the future, that becomes the most important thing to her. And she has no idea if that’s ever gonna happen for her. And then it does, and, and then obviously, the fact that she wants to have more kids, and then she can’t, and that’s a huge, painful formative piece of her life.

Then you get to see the challenges of being a parent through the teen years. And trying to navigate that and figure out like, “What am I doing? Who am I even?” I feel like it’s such a thing that we all feel as moms. Trying to figure out what makes you you. The other day, I was talking my son, and it was a tough moment. I’m not going to know until I look in the rearview mirror, if this was the right thing, or if this was the mistake, and you’re just doing your best, and you’re navigating your path.

Like my little sister wanted to quit the cello. So she quit the cello. And then now she’s asks my mom, “Why did you let me quit the cello?” So I always think of the cello. For me and my kids, it’s skiing. Skiing is my favorite thing in the world; it was so important to me that my kids love skiing. So I was like, “We’re gonna go skiing altogether.” I put my son in a ski program with his cousins, and he wasn’t too sure about it. He didn’t know if he wanted to stick it out. And I was like, “OK, what about if you just do these two seasons, and then it can be up to you.” And the other day, he’s like, “I’m so glad that you made me do that,” because it’s his favorite thing in the world. But you never know, as a parent, what’s the right call? What do we do here?

Yeah, we have these ambitions for our kids—and for ourselves, as parents and people. Has your ambition changed as a parent?

I feel like it is the thing that all working moms have to figure out. How do you strike that balance? For every mom, you’re always doing all of the things. Trying to make sure that you’re not dropping any of the balls and keeping them in the air for your kids. Before I had kids, all the decisions were so straightforward. It was all an adventure. Fantastic. And then once you have kids, you really want to focus your attention and do the projects that are really important to you. And then I’ve taken breaks, when that’s usually been something that I fight. But I feel like it’s OK to say that this is a time where I need to just be with my kids for a bit. I’m trying to find that balance of both.

It feels like such a cliché word. But it really is like the bottom line for most of us: Balance.

And luck. I got lucky with this one to be close to home. The hours can be long, but you just try and find a way to have stolen moments. I would FaceTime them on my lunch break. And we would have a game of Would You Rather that they’re very into. My son asks: “Would you rather have a photographic memory for everything you ever look at for everything you ever read, or the second you see someone you know everything about them?” It’s a great question. Well, I immediately said, “Oh, no, everything about someone the second I lay eyes on them. That sounds fantastic.” And then, upon reflection, I was like, “You know what? That’s actually not a good idea. That would be too much!” Some things are best left a mystery. 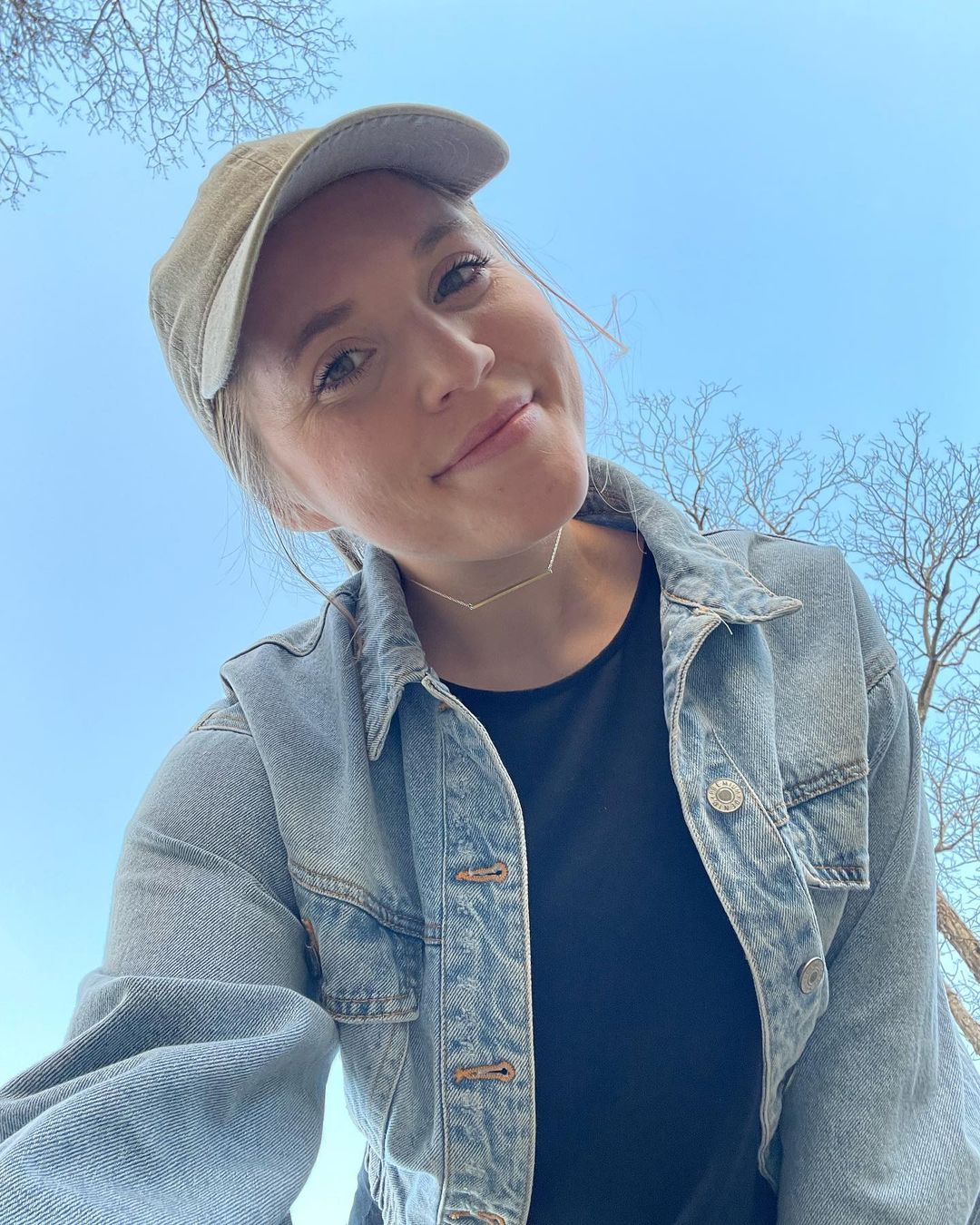 Joy-Anna Duggar Admits She Struggles With ‘Patience’ While Raising Kids As She Expects Baby No. 3 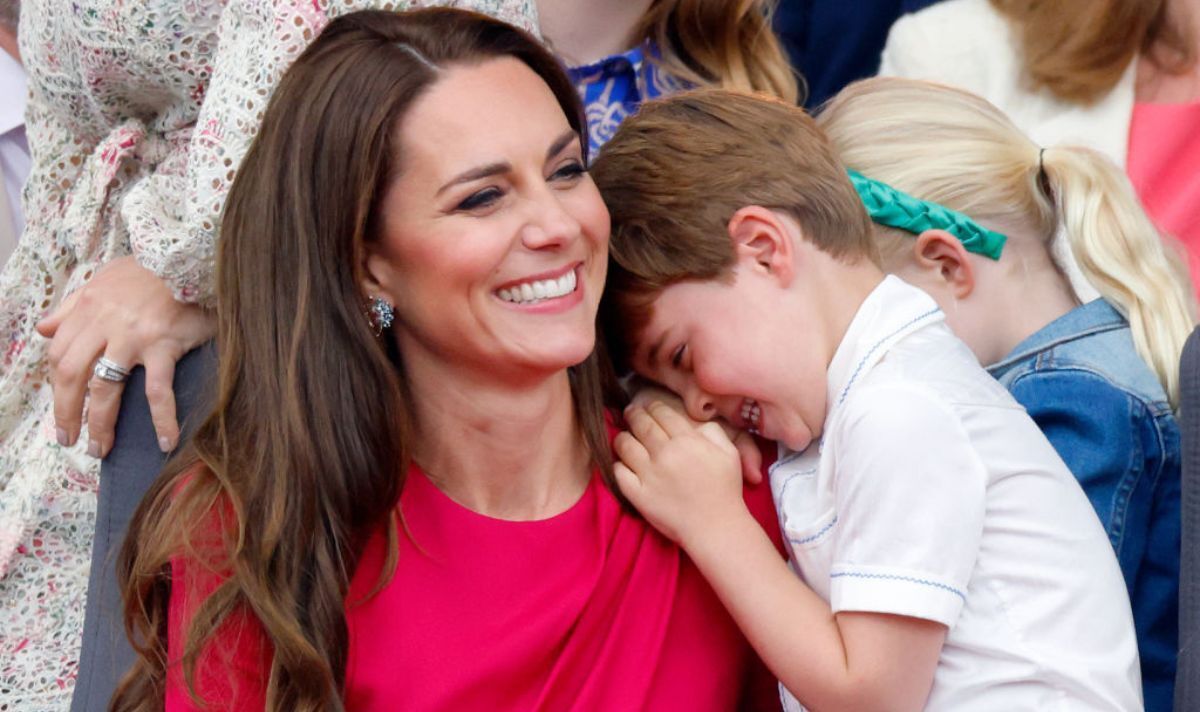 What Is Attachment Parenting? The Pros, Cons, and Myths