At one point during high school, I found out that my friends didn’t like me. One of the girls in my “group” told me I wasn’t invited to a birthday party because “everyone” thought I was annoying—which, to be honest, at 15 I probably was—and for months I was ostracized. It took some time for me to worm my way back into the gang, but until then, I was devastated, and I swore I would spend the rest of my life being likable.

But, as David Foster Wallace (sorry) wrote in Infinite Jest (sorry again), “certain persons simply will not like you not matter what you do,” and no matter how likable you think you are, you’re not going to win over every person you meet.

“Remember that it is impossible to please everyone,” Chloe Brotheridge, a hypnotherapist and anxiety expert, tells us. “You have your own unique personality which means some people will love and adore you, while others may not.” Of course, while this concept is easy to understand on its face, it’s difficult to keep your perspective in check when you find you’re, say, left out of invitations to happy hours with co-workers, or getting noncommittal responses from potential new friends, or you overhear your roommates bad-mouthing you. Rejection is painful in any form, whether it be social or romantic, and it’s a big ego blow to get bumped from the inner circle.

Before you freak out, keep in mind that it’s not just normal to be occasionally disliked, but in fact, it’s healthy. Rejection is a way to suss out who’s compatible with whom, and just as getting romantically dumped by someone leaves you open to finding a better suited partner, getting axed from a social group gives you space to find folks that are a little more your speed. Plus, it’s empowering not to fear being disliked—not that you should run around violating social norms, but when you’re not wasting energy molding your personality to someone else’s to be accepted, you’re more likely to find people who genuinely like you for you, and those relationships are far less exhausting to keep up.

Still, it sucks to feel disliked. Here’s how to get through it without falling down a rabbit hole of sadness.

It’s OK to feel the pain

Humans are social creatures, and so we experience painful biological responses to rejection. “Historically it was essential for our survival,” Brotheridge explains. “When we were evolving and living in tribes, being rejected and kicked out of the community would have been a matter of life or death.”

When we get rejected, our brains register an emotional chemical response so strong, it can physically hurt. We’re also likely to cycle through a series of responses that’s not dissimilar to the stages of grief. First, the blame game starts. “The first stop on the train is self blame: ‘It’s my fault, I did something to upset them,’” Sean Grover, a psychotherapist and author of When Kids Call the Shots, tells us. Up next is shame: “You feel ashamed, you feel humiliated, you feel weak,” Grover says.

Then, like any dumped individual, you’ll probably try to win back your rejecter. “Not because, necessarily, you want them to like you, but you just don’t like this feeling of being disliked,” Grover says. “It’s, ‘Let me get you to like me so I can feel better about myself.’”

Last, but not least, you’ll likely feel like you’re a failure, and that’s when it gets dark. “These are very, very, primitive early feelings. For somebody not to like you, it induces a regression,” Grover says. “Generally, that brings you back to high school, middle school, elementary school, when it was all about whether you’re cool or not. Once you get caught in the feeling, it really pulls you under, and then you’re struggling.”

These feelings aren’t exactly pleasant, but they’re also perfectly healthy and normal, so long as you don’t end up dwelling on them, preventing yourself from moving forward.

Know that it’s not (totally) your fault

This type of rejection is literally personal, and it’s easy to start questioning your self-worth when someone makes it clear they don’t like you. But we all act out of our own insecurities and unique experiences, and for the most part, being disliked is a measure of mutual compatibility. So, it’s not really that it’s not you but them, so much as it’s both you and them. “This person, this situation, where they are in their life, it’s not compatible to where you are,” Jennifer Verdolin, an animal behavior expert and adjunct professor at Duke University, tells us. “We have preferences in terms of personality, and that’s not to say that your personality is bad. It’s different from mine, and I prefer to hang around people who are similar to me.”

Sometimes, the people who dislike you don’t think certain facets of your personality jive with theirs; sometimes, you just don’t offer them enough social capital to be worth their time. “Because we’re a very social species with a pretty intense dominance hierarchy—especially when it comes to work, and sometimes in social situations—people make specific strategic alliances and switch alliances as it suits them to meet their needs as they define them,” Verdolin says. “So people will try to achieve status, and a lot of time, whether they like you or don’t like you may have nothing to do with who you are.”

But watch for signs of your own bad behavior

While you shouldn’t always blame yourself if someone doesn’t like you, if you’re finding this is a pattern, you may want to take an unbiased look at your own behavior. “When I put people in a [therapy] group, I get to see immediately what problems or tics or bad social habits they have,” Grover says. He recalls a successful, handsome male patient of his who was having trouble holding onto romantic relationships. Though they were unable to solve the problem together in individual therapy, Grover managed to convince the patient to join a group. “Within five minutes, I was horrified,” Grover says. “He gets very anxious in front of people, and to camouflage his anxiety he becomes overly confident, which comes across as arrogant. The women in the group commented that he was becoming less popular the more they got to know him.”

The patient’s anxiety was manifesting in such a way that he had difficulty relating to people in a social setting, but because our own egos tend to protect us from our faults, he wasn’t aware of his bad habits. “I had to help him be aware of how his anxiety manifested,” Grover said. “Anxiety can make people act aggressive or really anxious, and in a group situation it’s super effective to see that.”

One way to find out what’s going on, Verdolin says, is to ask for feedback as to why you’re disliked. Then, if someone tells you, say, you’re annoying, or overly braggy, or self-obsessed, you can take a step back and analyze whether there’s some validity to the criticism.“Ultimately you have to know who you are well enough to say, OK, that information sounds pretty valid, I do tend to do that, I can see why that might not be attractive to other people, so I’m going to work on changing it,” Verdolin says. “You might be being given important information that you should take a look at seriously, and evaluate to see if there’s truth to it.”

Still, remember that while some of your behaviors might turn people off, likability is typically a two-way street. “It is, more often than not, some sort of reflection of [the other person’s] history, their prejudices, their fears,” Grover says.

Remind yourself that making new friends is no easy task

One of my greatest fears is that I’ll start a new job or move to a new place where I don’t know anyone and have to make new friends. Changing your social circle can be isolating; it’s when you’re most likely to feel disliked or suffer from social anxiety.

“I think we have a little bit of an unrealistic expectation that we should be able to [enter social groups] anywhere, with all people,” Verdolin says. “When you’re first trying to establish rapport in relationships with people in, say, a new work environment, you’re coming into a dynamic that’s already set in structure. There are already cliques, there are already personalities, there are already dynamics, and you have no idea what you’re stepping into.”

Verdolin suggests that people faced with starting a new job or making a big move start slowly to get a sense of their new social environment. “With animals, sometimes they’ll integrate by having a sampling interaction with everyone else in the group before making decisions, to kind of get a lay of the land, so to speak, before trying to jump right in,” Verdolin says. At a new job, for instance, it might be worth suggesting going to lunch with folks one-on-one, to find the group’s friendliest entry point. “Some people are very welcoming and some people are not,” Verdolin says. Get to know people slowly, and focus your energy on those who seem most receptive, rather than the group’s most exclusive members, or toughest nuts to crack.

Spend extra time with the people who do like you

Even if you find yourself on the outs with some folks, chances are, you’ve at least got a few people you can rely on when you’re feeling low. “Spending time with people that care about you can boost your self-esteem and help you to feel more secure,” Brotheridge says. Besides acting as a balm to your wounded ego, focusing your energies on relationships with people who appreciate you will, in the larger picture, be a much more fulfilling use of your time and social energy.

And keep in mind that the best way to make genuine friendships is to be genuine yourself. “If you just walk around wanting to be liked, it’s very stressful, and people will read that as inauthentic,” Grover says.

And tell the haters to suck it

At least, tell them in your head. Grover says that when all else fails, it’s best to embrace having the occasional enemy. “Delight in it. Really, just enjoy it,” he says. After all, as Grover says, sometimes it’s actually better to be formidable. “If people are jealous or whatever, all feelings are welcome.” You don’t need to go around antagonizing people, but if someone doesn’t like you and the feeling is mutual, you don’t necessarily have to go out of your way to appease them, either.

What Is Social Studies? 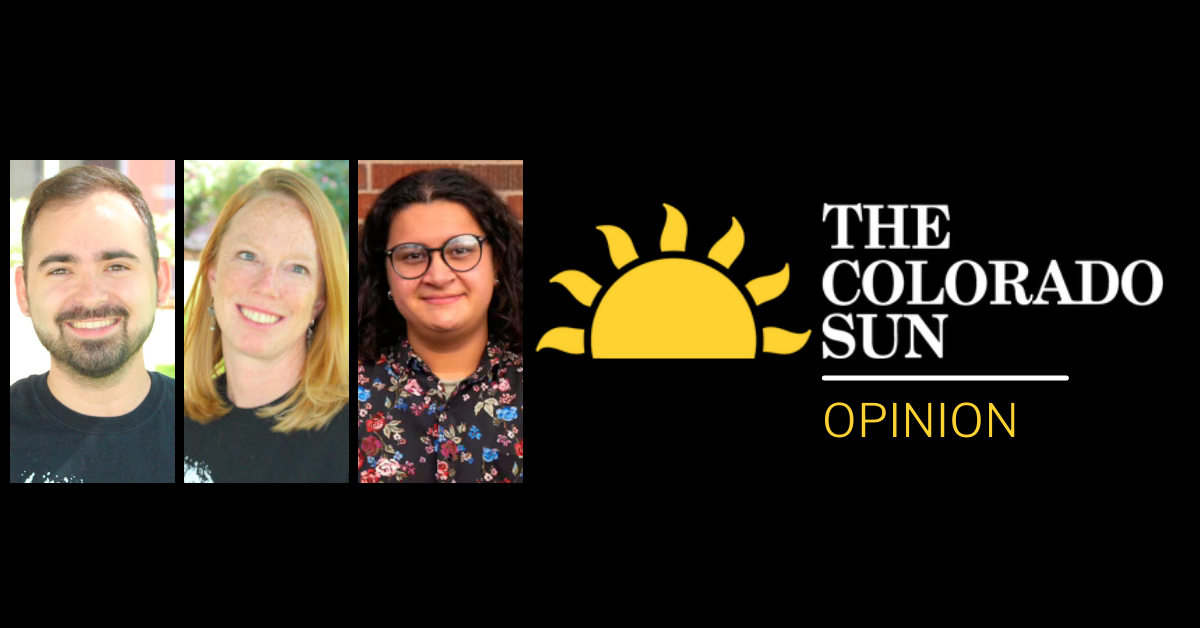 A thank-you note to the Colorado Board of Education