How a frozen festival helped Brussels survive the “Winter of Death.”

Three big balls of snow, some lumps of coal, a couple of sticks, and a carrot. Today’s typical snowman is minimalist, almost abstract. It is an artistic devolution from what they once were—markedly more advanced and artistically challenging. Even Michelangelo dabbled in the medium. Centuries ago, snowman-makers, many of whom were themselves artists and craftsmen, put considerable time and effort into their snowmanship.

One particular fluorescence in the canon of snow art was during the Middle Ages, when things were made with snow to make a statement. In some places there was a tradition among artists to populate cities with snowmen after a heavy snowfall. In a time when famine, plague, sickness, and conflict were not uncommon, snow often brought winter festivals and other officially endorsed morale boosters, which provided some moments of relief and levity to people who might otherwise be surviving on grass or dropping dead. The thinking was that the public could blow off steam for a week or two—with erotic dancing, excessive drinking, political jokes, and public art displays—but in a somewhat supervised way. That is exactly what took place in Brussels, then an important city in the Duchy of Brabant, during the particularly brutal winter of 1511. It was called the “Winter of Death,” and the city was covered with snowmen.

For six straight weeks, beginning January 1, temperatures stayed below freezing. A winter festival was declared, a much-needed distraction from the cold, the class strife, and the Guelders, another duchy to the north that made a practice of attacking Brussels.

From the colorful surviving accounts, including from the town poet and various diaries, we know that these were not your simple, three-ball snowmen. Every corner of Brussels was occupied with white figures pantomiming the local news or classical folklore. There were snow biblical figures, snow sea knights, snow unicorns, snow wildmen, snow mermaids, and snow village idiots. Some of them were juxtaposed together to create clever interplay and contrast. Some snowmen were based on the icons of the calendar, such as Janus (January) and Pluto (February), or the signs of the zodiac. A snow scene of Christ with the Woman of Samaria. A preaching friar with a dripping nose. A tooth-puller. The man in the moon. Roland blowing his horn. Cupid atop a pillar with a drawn bow. St. George rescuing the princess from a dragon. Adam and Eve. Among the snow-sculpture garden the city had become were 50 elaborately executed scenes with a total population of 110 snowmen. The vigor and ubiquity of the displays earned the festival the title of the “Miracle of 1511.”

Outside the home of Philip of Burgundy, son of Philip the Good and commander-in-chief of the Netherlands, stood a Hercules figure. The miraculously beautiful, perfect proportions of the snowman suggest that Philip was helped in the construction by court painter Jan Gossaert, a leader in Italian architecture and Renaissance art who had just rendered several nude paintings of the Greek hero for Philip.

There were works by artists and craftspeople, but this festival was about the regular Brusselaars. Many of the snow sculptures represented the public’s fears, frustrations, and desires. There were politically charged and sexually obscene tableaux in the streets for all to see—a form of visual satire and social commentary. Current events, complaints, local problems—if it was a nuisance, it was sculpted. Snow gentlemen gambled near the houtmarkt (wood market). Nearby was a urinating “fountain-boy,” today a symbol of the city of Brussels. A snow cow fertilized the ground. All told, according to historical sources, more than half the scenes were sexual or scatological in nature. Numerous snow figures were sculpted in erotic embrace. A snow couple made love in front of the town fountain. In the red light district, prostitutes stood on corners. In another scene, a snow nun seduced a man. It was an open forum to indulge hidden desires and stir the nether regions.

These snowmen were rock stars, and the Miracle of 1511 was Woodstock.

A display of frozen politicians became the town’s de facto op-ed page. The most feared characters, from the devil to the enemy ruler from Poederijen, were crafted in uncompromising poses. A sculpture of Redbad, last king of Frisia (“Freeze Land”) represented Satan, and was symbolically responsible for the deep winter frosts that threatened lives and livelihoods each year.

History has long since forgotten the Miracle of 1511, as well as the ballad that describes the event by official town poet Jan Smekens, “Dwonder van claren ijse en snee: een verloren en teruggevonden gedicht” (“The Miracle of Real or Imaginary Ice and Snow: A Lost and Then Refound Poem”). Maybe a shorter title could’ve helped, but really it was the ballad’s and the snow sculptures’ status as “low art” that left them neglected all these centuries. Despite a reprint of the poem in 1946, literary historians still considered it amateur in style and written in a vulgar, rhetorician tongue instead of Latin or French.

The Miracle of 1511 was not the first snow festival, and its denizens were not the first snowmen. There was a smaller scale one in 1481, and nearby cities hosted similar events: Mechelen (1571), Rijssel (1600 and 1603), and Antwerp (throughout the 17th and 18th centuries). But the Miracle of 1511 was the one to rule them all. It actually changed the society of Brussels by giving the public a voice, and helping affect a shift in the balance of power. This was the snowman’s defining moment, the moment it rose beyond winter distraction to political force. Those snowmen provoked thought, anger, and joy, and even forced people to reassess their places in the world. These snowmen were rock stars, and the Miracle of 1511 was Woodstock. 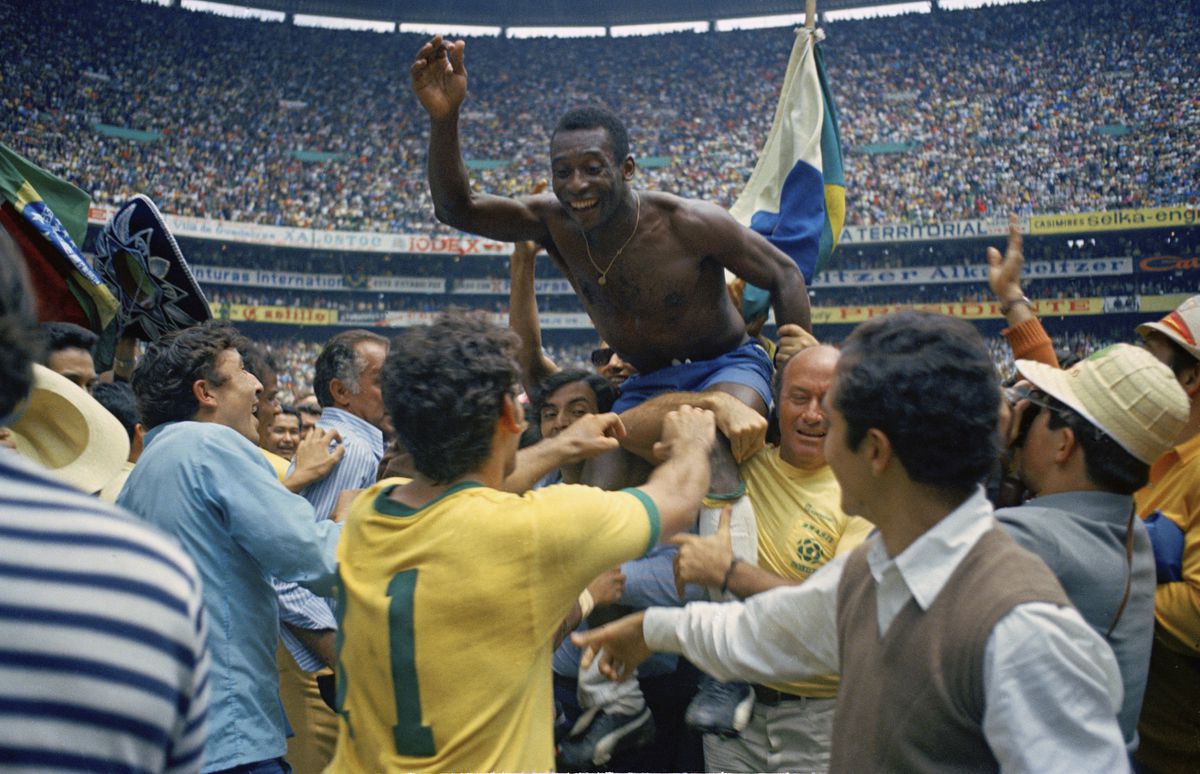 Brazil’s Pele, one of greatest players in soccer history, dies at 82 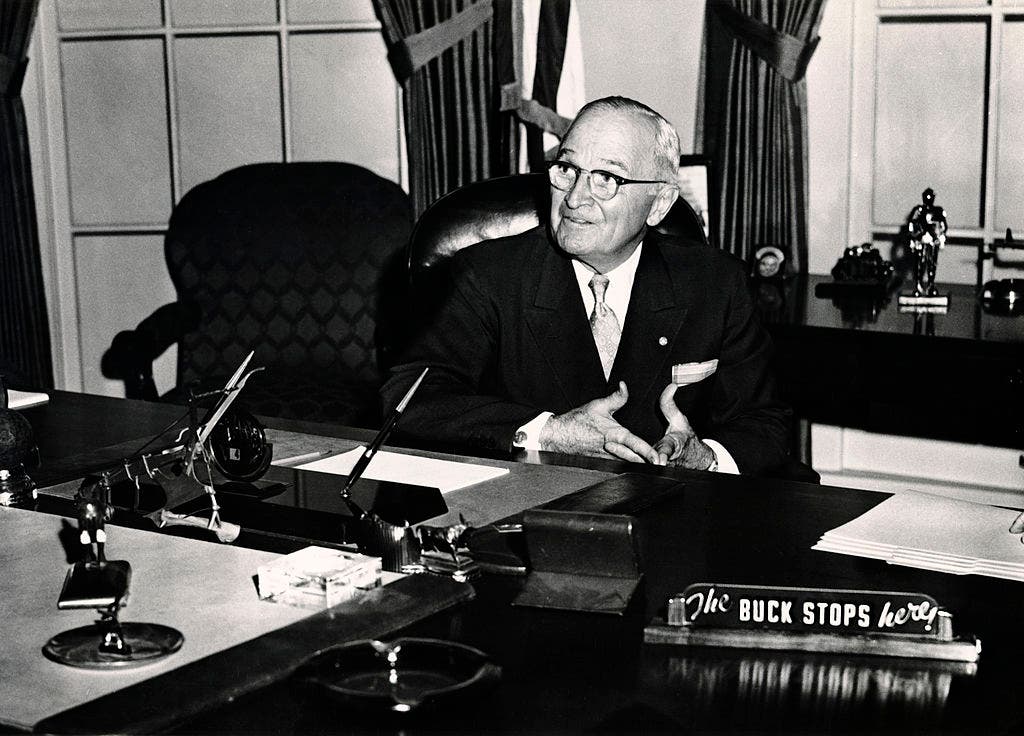 On this day in history, Dec. 26, 1972, President Harry S. Truman dies after suffering from pneumonia

Joe Burrow makes Bengals history and he’s not done yet