After the Russian Revolution of 1917, the leader of the victorious Bolshevik Party, Vladimir Lenin, launched a massive monument-building program across the Russian Soviet Republic, the precursor to the Soviet Union, as means for propagating revolutionary and communist ideas. As part of this unabashedly-called “Monumental Propaganda”, Lenin put a young Bolshevik architect named Vladimir Tatlin in charge of creating the headquarter for the Third International—an organization that Lenin founded whose purpose was to promote and advocate world communism.

Tatlin designed a futuristic structure to symbolize the utopian aspirations of the communist leaders of Russia. The structure was called “The Monument to the Third International”, but it came to be better known as Tatlin’s Tower.

Tatlin intended the tower to be built from modern industrial materials—iron, glass and steel. Its design consisted of a contracting double helix that spiraled upward to a height of 400 meters, supported by a huge diagonal girder. Inside this external metal structure were four geometric volumes that were intended to revolve at different speeds. At the base of the structure was a cube designed as a venue for lectures, conferences and legislative meetings, which would make one rotation a year. Above the cube was a pyramid housing executive activities. This would make one rotation once a month. Further up was a cylinder, which was to house an information center, issuing news bulletins and manifestos via telegraph, radio and loudspeaker. This would complete a rotation once a day. At the top, was a hemisphere for radio equipment, revolving hourly. There were also plans to install a gigantic open-air screen on the cylinder, and a further projector which would be able to cast messages across the clouds on any overcast day.

It was disappointing that the Tatlin’s Tower was never built. After the end of World War I, there was simply no resources left over to create such a structure. Besides, the October Revolution that plunged the country into a six-year-long civil war had already ruined the visions for world communism, and as more and more states within the former Russian Empire seceded, any remaining hopes for world-wide proletariat revolution diffused, and the plans for the tower fizzled out.

Although the Tatlin’s Tower was never built, scaled models of the structure exists in various locations around the world. There is one at the Moderna Museet in Stockholm, one at Tretyakov Gallery in Moscow, and another one at Musée National d’Art Moderne at the Centre Georges Pompidou in Paris. In 2011, a 1:42 model of the Tatlin’s Tower was erected as a temporary installation at The Royal Academy of Arts, London. The same installation was then shifted to the Sainsbury Centre for Visual Arts in Norwich, and later to the University of East Anglia’s ‘sculpture park’ where it currently resides. 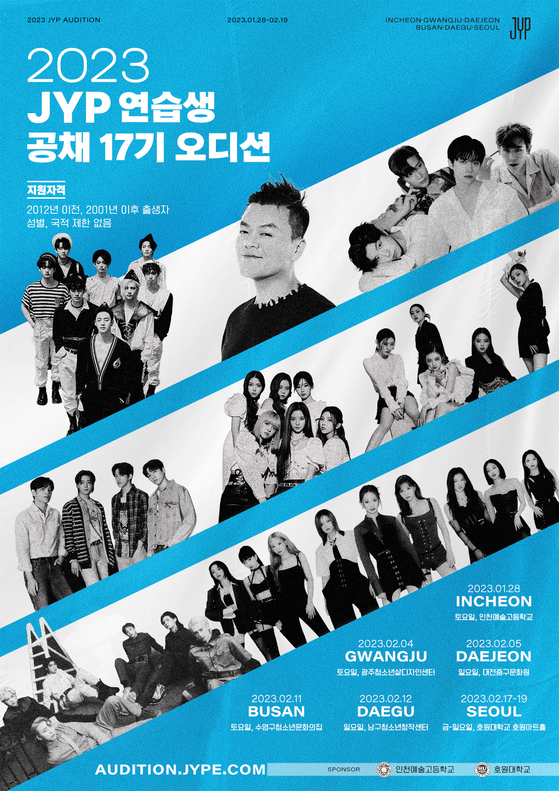 JYP Entertainment to tour nationwide in search of new trainees