The thing about the character of Wanda Maximoff, as she’s been depicted in comics in recent decades, is that she’s not well. That’s not a crime in and of itself — are any of us well, these days? But where you or I might respond to a depression spiral by eating too much or weeping over FaceTime with a friend, Wanda has a nasty habit of destroying and remaking reality at a molecular level. Her metahuman abilities have long been as expansive as they are vaguely defined, and in the mid-aughts, she had breakdowns that revamped the world not once, but twice — each time with disastrous consequences for every living being, herself very much included. Fans of the character have been peeved ever since, and with good cause: Wanda, a beloved and long-running staple of the Marvel Universe, has been redefined as an emotionally unstable woman whose personal problems become the problems of everyone else around her. Not exactly a victory for feminism or mental-health advocacy.

But we’re getting ahead of ourselves. Indeed, although Wanda is at the center of the Big Mystery in episode four, she is not the main character of the chapter. That honor initially belongs to Monica Rambeau, whom we first encounter as a cloud of human dust, swirling about while lines of dialogue from Captain Marvel — the movie where she made her debut — echo on the audio track. The dust coalesces into her shape, and we see that she’s sitting in a chair next to a hospital bed. Suddenly aware, she notices that no one is on the bed and rushes into the hall, where people are coalescing in the same way she did, left and right. Anyone who has closely or even half closely followed the Marvel Cinematic Universe can instantly tell what’s going on: We’re witnessing the reversal of Thanos’s finger-snap from the end of Avengers: Endgame. The Un-Blippening has arrived.

In expositional dialogue with a doctor, we find out that Monica had been tending to her ailing mother, Captain Marvel’s old pal Maria Rambeau, when Monica got Blipped. In the intervening five years, Maria died. We then cut to S.W.O.R.D. headquarters, where we get the first onscreen unpacking of the acronym (Sentient Weapon Observation and Response Division, if you’ll recall from the irritating-that-it-exists online back matter) and where we meet the acting director of the operation, a buttoned-down suit named Tyler Hayward (Josh Stamberg). He and Monica go way back, and through their chat, we learn that Maria had been the director until her death and had built the whole place up from scratch. (Why there’s only an acting director, even years after Maria’s death, goes notably unexplained.) He tells her S.W.O.R.D. has dialed back the astronaut missions that Monica used to participate in and are now focusing on “robotics, nanotech, AI.” As Monica notes, they’re not so much observing and responding to sentient weapons as they are building them.

(A note that may or may not be relevant: As critic Amelia Emberwing has pointed out, there was a character in the first season of the loosely in-universe show Marvel’s Agents of S.H.I.E.L.D. named Brian Hayward, who turned out to be an undercover HYDRA agent. Mayhap there’s a relation, or even a shared affiliation with that notorious Nazi splinter group? Possible intertextuality! Are you not entertained?)

Tyler tells Monica that, per her mom’s own protocol, she’s no longer allowed to act as an astronaut (I guess Maria wanted to prevent mysteriously disappearing individuals from returning and fulfilling sinister missions?), but that there’s a missing-persons case in New Jersey that has the FBI “in a tizzy” and that S.W.O.R.D. wants her to chaperone a drone for their search efforts. Skeptical, Monica follows orders and drives to the quaint Jersey town of … Westview.

At the city limits, near the beaten-up sign we saw at the end of the last episode, Monica meets her FBI contact, who is none other than Ant-Man character Jimmy Woo (Randall Park). He tells her he had someone in witness protection in Westview, but that something went wrong. Long story short: Although you can still see the town’s houses and buildings from a distance, it has otherwise been erased from reality, with all of its 3,892 (a significant number, maybe?) residents no longer even remembered by their loved ones. He says he knows he should investigate, but he somehow feels this implacable fear and revulsion; he can simply tell that “nobody’s supposed to go in.” Nevertheless, Monica deploys a drone, which looks exactly like that toy helicopter from episode two. It goes through some kind of weird force field that looks like the close-up pixels of an old TV screen and disappears. Against Jimmy’s urging, Monica walks up to the field, puts her hand through it, and is sucked right in.

Onscreen text informs us that 24 hours have passed, and now we’re inside an armored truck, where four scientists sit in the back. As it turns out, one of them is astrophysicist Darcy Lewis, a.k.a. the wry sidekick from the first two Thor movies, played by the one and only Kat Dennings. First Jimmy, now Darcy … they’re bringing out the medium-sized guns, folks! It seems she got her doctorate since Thor: The Dark World, which is nice for her. She and the scientists get out and find themselves in a massive, militarized, interagency staging area at the city limits of Westview. Inside one of the makeshift buildings, Darcy converses with a humorless agent and notices on a device that there are enormous amounts of cosmic microwave background radiation, a.k.a. CMBR. Darcy sees an old physio-scope on the ground (why it’s there is beyond me), turns it on, and sees the vague outlines of Wanda in her 1950s garb. Darcy immediately declares that she needs a TV. “An old one,” she says. “Like, not flat.”

Speaking of flat: Hoo boy, the jokes in this episode really do not land. Like, ever. It’s all like a parody of MCU humor: all dumb punch-up asides and “soooo, that happened” buttons. For example, Darcy asks for coffee repeatedly and never gets it, at one point saying, “Maybe I could get that coffee now? Or not, that’s cool.” Ha … ha? Anyway, we see a S.W.O.R.D. guy in a hazmat suit crawling into a sewer pipe so he can enter the town, and we immediately realize he must be the “beekeeper” who emerged from the manhole in episode two. Tyler is here now, talking to Jimmy, while they look at various screens that have been brought in to look at what’s going on. It appears that the CMBR is forming a signal that displays the TV shows of Wanda and Vision that we’ve been watching so far. “So you’re saying the universe created a sitcom starring two Avengers?” Jimmy asks Darcy; she responds, “It’s a working theory.”

After a montage implying lots of research, we learn that all the characters on the sitcom are being played by people from Westview. That is, except “Geraldine” — a.k.a. Monica — whom Darcy sees on the screen, prompting everyone to freak out. After some hand-waved science babble, they decide to attempt to contact the TV world by broadcasting a radio signal into the world of the show. Someone shows Jimmy a photo of the drone on the show, which is in color against a black-and-white backdrop — “To go with the production design?” Jimmy wonders; “Or render it useless?” Darcy adds.

The show has moved on to the 1960s setup from episode two, and the S.W.O.R.D./FBI team tries to speak into the radio from Wanda’s meeting with Dottie at the pool. We hear Jimmy saying what we heard come from the radio in that ep, but instead of seeing Dottie freak out and crush the glass in her hand, the show seems to just skip to everything being fine and goes to the HYDRA watch commercial. They then see the beekeeper situation from the end of that episode; again, the weirdest part of that scene skips over and suddenly they’re at the happy ending. Soon, they’re watching the 1970s episode, where Wanda is giving birth. Another skip of the weird part with “Geraldine,” prompting Darcy to speculate, “Someone is censoring the broadcast.” An alarm goes off. The boundary, a voice on the PA says, has been breached.

Then we’re inside the show for the first time this episode (the aspect ratio for some reason gets even thinner than it was for the rest of this one), revisiting what we saw at the end of the last one. “You’re not my neighbor, and you’re definitely not my friend,” Wanda tells Monica. “You are a stranger and an outsider. And right now, you are trespassing here. And I want you to leave.” (Umm, redlining, anyone?) Wanda’s hands get red and magical, and she fires a blast that sends Monica through the wall and outside, then into the force field. Wanda looks perturbed and uses her powers to reconstruct the house, then goes back to her twins in their cradle. Vision walks in and asks where Geraldine is; cut to Monica on the grass in the real world as we saw at the end of episode three. We then see that Vision looks dead, with his head caved in where Thanos destroyed his Infinity Stone in Avengers: Infinity War. But then he looks fine again.

“We don’t have to stay here; we could go wherever we want,” Vision intones.

“Oh, don’t worry, darling,” she says. “I have everything under control.”

We see Monica outside, saying, “It’s Wanda. It’s all Wanda.” Back in the show, Wanda picks up a baby and says, “What should we watch tonight?” Vision looks slightly upset and confused, but keeps it together and smiles in his robot face. They sit on the couch, and while Jimi Hendrix’s “Voodoo Child (Slight Return)” wails, they watch some TV and the credits roll.

So, there you have it, it seems: A grieving Wanda seems to have reshaped a small corner of the cosmos because she was upset. Or something! Mysteries remain, but, especially for comics fans, this choice just seems dull and predictable, not to mention questionable on gender-stereotype grounds. But hey, at least there was some actual plot this week and not just TV-tribute artifice. Things will likely get weird again next week. 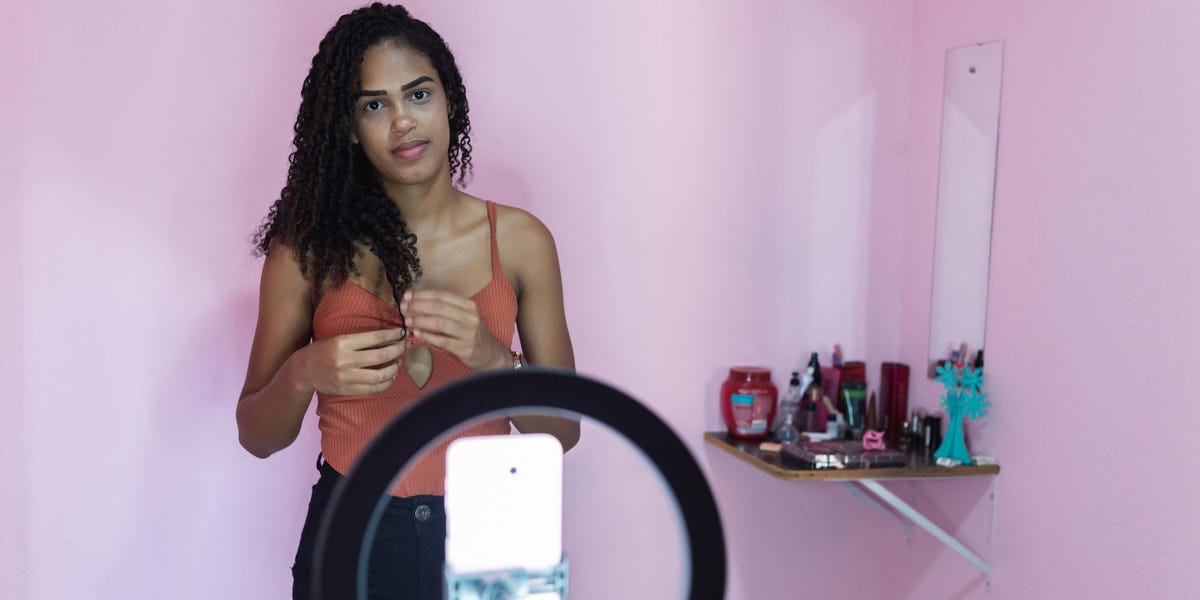 What Is Social Studies?

Understanding Education as a Social Determinant of Health